This 500 HP AWD beast has a full cage and is strictly a track/off-road vehicle. It has a new wiring harness that has not been fully tied in. Not running. It has 29 FIRST PLACE Knox mountain Hillclimb victories. It has absolutely dominated it's class for an entire generation. It has been used for sand drags, mud drags, obstacle racing, off road racing and has kicked ass at area 27. It would be suitable for off road, rally, oval track,( dirt or asphalt), drag racing, dirt track, road racing, autocross or just drive it around in the bush. It has a removeable flip up front end. My original plan was to remove the front driveshaft and run it for drifting, and use it for rally and off road, like a crazy SxS. I increased the steering angle. I've installed a wiring harness I built, complete with a Fuse panel from a Jaguar. I also have Jaguar dual electric cooling fans and bracket. as well as 2 spare fans.  In place in the truck, not installed. I have Jaguar headlights to fit in the grill.  The harness has switches, wiring from the fuse box and wiring to relays for Interior lights, exterior lights, rear and front lights, fans, fuel, spare. I have the original gold/chrome wheels and a set of dirt track tires(Not on the rims) as well as the set on it now, and 2 of the old screw bead lock racing rims. Was built by one of the OG Knox mountain locals, Laverne O'Brian, he drove it to every victory.  It has a very well built 360 with a 1000 cfm carb and one of a kind heads, directly from the test bench at Direct connection. No casting marks. Every part in this truck has been upgraded over the years. Headers have a couple of holes need replaced. Disk up front. Very built automatic transmission(Sent to a speed shop in Vegas) with a hurst shifter. Front axle is trussed. I've spent countless hours cleaning up this truck, if you remember it back in the day, it wasn't pretty. Everything on the body and hood is straight, tight and smooth now.... Brand new AutoMeter Pro comp gauges, tied into new harness, Tach, oil temp, oil pressure, trans temp, voltage  and coolant temp on a wrapped aluminum panel that fits into the dash nicely. Cage has been cleaned up as well as the flip up front end tightened up. I was able to remove the awful looking supports on the hood after. I've spent days removing welding spatter. I've upgraded the seats. Seat Belts look good. Truck is in immaculate condition, was turned into a race car when it was 2 years old. No rust. looks like a low k vehicle. Its a completely gutted, well built, ridiculously fast race car with a proven track record, and is legendary in the OG Kelowna racing crowd. The motor alone is worth 10K and is five times louder than I can explain. It will rattle the neighbors dishes. It's hard to breathe if you are standing beside it, its so loud. It's  ridiculously fast, and full time 4wd. It's been sitting for just over a year and I can't bear to let this truck sit any longer. It needs to be inside where someone can finish the harness and use this truck. I don't have a place to store her, work on her or any excuses, it's time to let her go. Asking 10K OBO but I'm extremely motivated to move this truck. I can deliver. I'll entertain partial trades, a quad or an old Nissan or Toyota, ebike, whatever. I'm moving out of town for work and I have too many projects, its a sin I've let this one sit a year. Truck is in Kelowna, in the mission. Drive there, you'll see it. 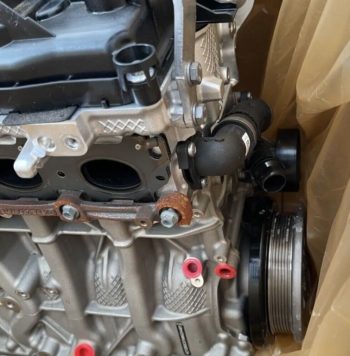 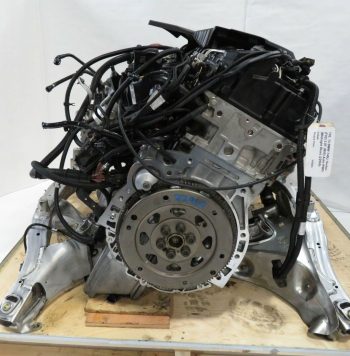 Porsche Cayman Boxster 982 718 Spyder 20″ Wheels Rims
Parts Car
$4 505
Racing Parts
We value your Privacy
To provide you with the best experiences, we use technologies such as cookies to store and/or access device information. Consent to these technologies will allow us to process data such as browsing behavior or unique IDs on this site. Not consenting or withdrawing consent may negatively affect some features and functions.
Manage options Manage services Manage vendors Read more about these purposes
Manage Preference
{title} {title} {title}
Compare