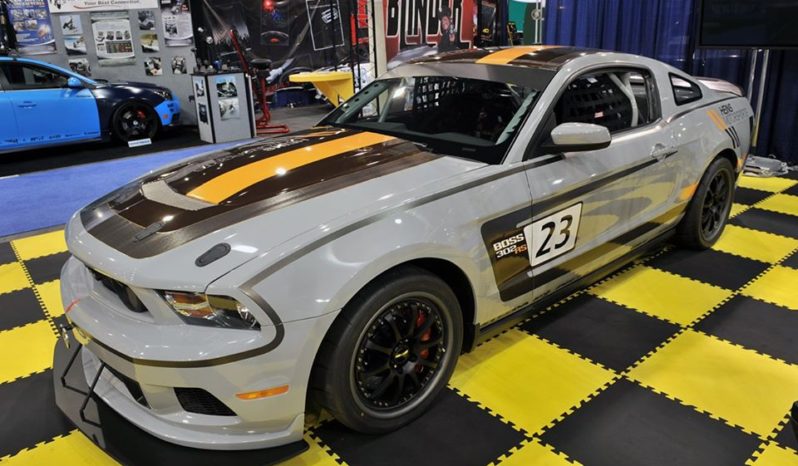 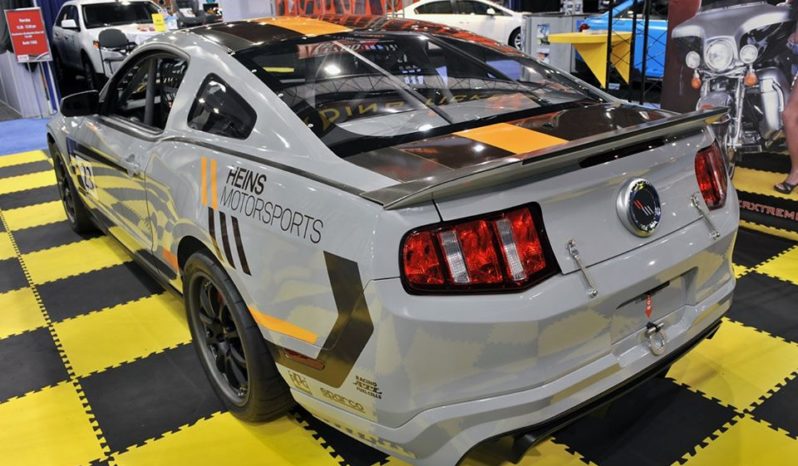 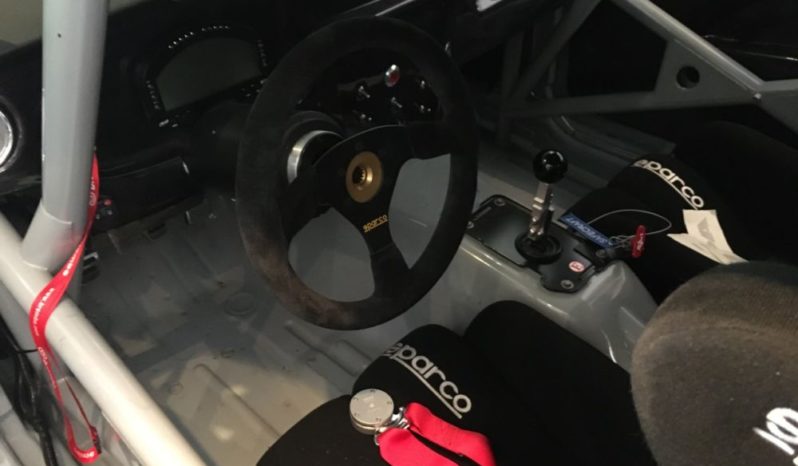 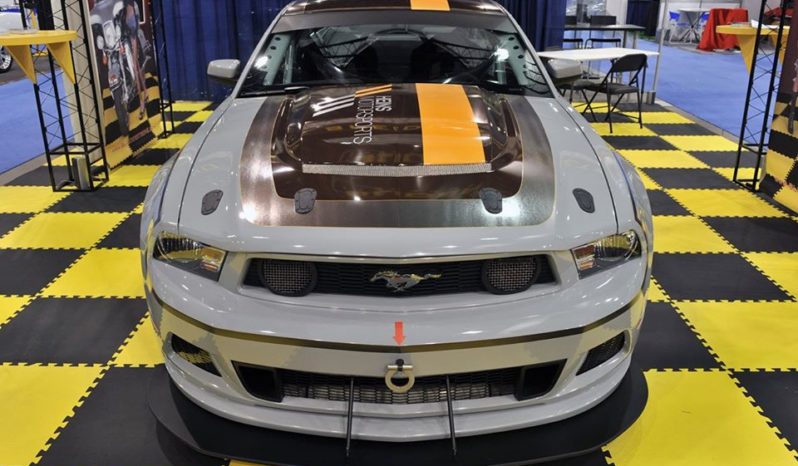 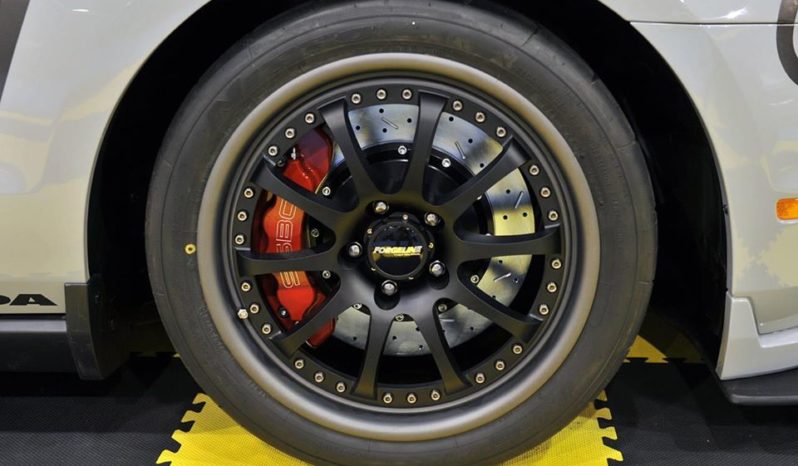 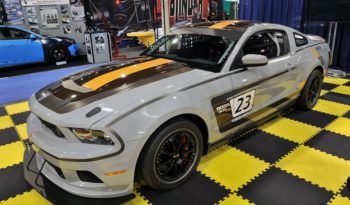 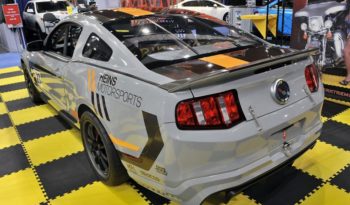 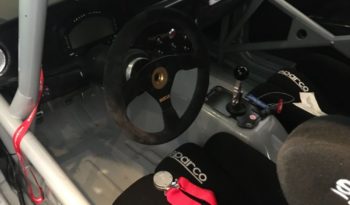 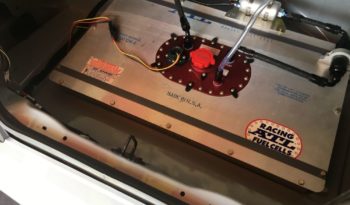 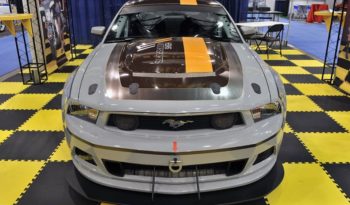 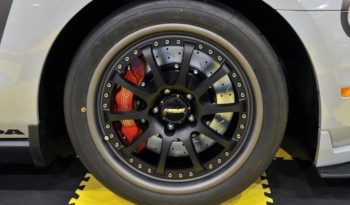 HEINS MOTORSPORTS MUSTANG BOSS 302 RS RACE CAR
Heins Motorsports had debuted this custom purpose built 2012 Mustang Boss 302 RS racecar at the 2011 SEMA Show in Las Vegas, USA.
To give the Mustang Boss 302 everything it needs to be a full-fledged racer it was built from the ground up to be a fierce competitor in SCCA and NASA classes.
Heins Motorsports gave the muscle car an extensive tuning program that encompasses all breadths of the car’s overall set-up. This 2012 Mustang Boss 302 has been thoroughly modified to reduce weight, improve aerodynamics, and minimize lift at high speeds.
The exterior body of the Mustang was treated to a number of body panels from Steeda including the company’s Q-Series functional front fascia, hood, and rear spoiler. In addition to that, the car’s rear fascia was taken care of by 3d Carbon while PPG was responsible for dressing up the Mustang Boss 302 with a Sport Classic Gray finish with all the matching racing decals. Finally, Heins Motorsports gave the Mustang Boss 302 a new set of 18″ Forgeline competition alloy wheels wrapped in Nitto NT01 tires, 275/35 x 18” front and 315/30 x 18” rear.

Inside, the Boss 302’s usual interior was taken out in favour of a full on racing set-up, complete with a custom carbon fibre dash and door panels, Sparco Pro-ADV seats with a competition 6-point harness and steering wheel, a Safecraft fire suppression system, an ATL safety fuel cell, and a roll cage that was built to comply with FIA standards and regulations.

At the heart of this beast is a Boss 302 4V V8 engine. This muscular small block V8 has been thoroughly redesigned and refined by Ford powertrain engineers to take advantage of 21st century technology. With careful tuning, and the addition of custom Borla headers and race exhaust, and a Steeda Boss 302 cold air intake with cool-tube technology, power output approaches the magical 600 BHP mark!

This car was purchased in the USA and imported to the UK in 2015. All import duties, VAT etc have been paid. The car is located in Essex, United Kingdom.

This car has never been on a race track. It is BRAND NEW, with zero miles! It was purchased directly from Heins Motorsport, Michigan, USA. 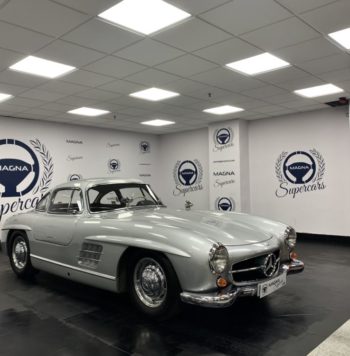